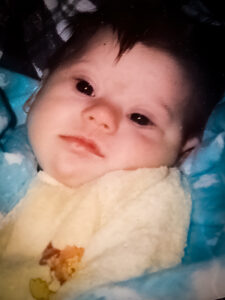 Children Of Our Hearts

As a loving parent of children with Down’s Syndrome, raising a child with “special needs” is like getting into a boat without a map, in order to ford an uncharted river. But my loving husband, our children, and I, have made it to the other side.

But every day is a new river, and, with special-needs children, we begin the trek anew, together.

Sometimes the waters are placid and crystal clear; other times we struggled in the whitewater to keep our head above the foam, our wits about us, and the boat afloat.

According to the US-based March of Dimes, one in 700 pregnancies are extraordinarily blessed: the fetus has an extra 21st chromosome. Most babies with any extra chromosomes don’t make it to birth, but these kids are fighters. Nine out of 10 will make it through their first year, and of those, half will make it to age 60.

These children have an extra chromosome that has the ability to open a place in your heart that no one else can.

Seventy percent of those mothers will be under 35 when they give birth. In one study from Columbia University, men over 40 are twice as likely to have fathered a child with Downs than 20-year-old men.

In my research, I’ve found that it is a myth that women’s eggs age while older males have robust healthy sperm until they die; a 2011 NIH government report by Isiah D. Harris et al., have shown that as men age their sperm carry more mutations, they produce less sperm, and fewer reach the fallopian tubes to fertilize an egg.

Scientists at The University of California, Berkeley, and the Lawrence Livermore National Laboratory have discovered that genetic defects in the sperm increase in men (Sarah Young, in a 2003 article published in the UC Berkeley News).

According to a 2003 study by Fish et al., In the Journal of Urology, in women over 40, 50% of the children who experience Downs received the genetic defect from their paternal side. This is not a blame or shame game; just a note that the rate of having a child with Downs increases with the ages of both parents.

I believe in education and being informed, and there are prenatal pregnancy tests that can help parents-to-be make an informed decision:

Noninvasive prenatal screening tests are now available with the knowledge that placental cells are floating in the pregnant mother’s blood that can be checked for chromosomal abnormalities. It only requires a blood test and has a 93% detection rate. Invasive pregnancy tests like amniocentesis and Chorionic villi sampling have higher detection rates but can cause miscarriage.

Chorionic villi sampling has a 5% miscarriage rate and amnio has a 1-in-100 rate of miscarriage after the 15th week of pregnancy. But there is a catch: doing it earlier has a much higher rate of miscarriage. Having an abortion 15 to 23 weeks if you choose to terminate the pregnancy is a second-trimester abortion done in the hospital, and usually, as a D&C. So the risk of aborting a “normal” fetus or going through a more difficult miscarriage is a factor that can often be overlooked.

Always, always, consult with a qualified medical practitioner first, before embarking on any of these options.

Noninvasive tests require a blood test and can be done as early as the 10th week of pregnancy. First-trimester screening correctly identifies about 85% of the women carrying a baby who experiences Downs, with about a 5% false-positive test result, meaning the baby does not actually have Downs.

At times you may feel like you are playing Russian Roulette. But a child is not a statistic and a child who experiences Down Syndrome is – first and foremost – a child, just like any other child with a genetic issue. None of us have a crystal ball to predict the future. Most of us are not perfect, and raising a child has its challenges, when you are given a child with Downs you just figure that out earlier than most.

Someone who chooses to terminate a pregnancy because the baby is Downs focuses on the difficulties in raising a child who is differently-abled. (personally, I hate the word “disabled”). Life will send you obstacles to overcome. In a group of Israeli mothers who bond because of our differently-abled children, we did an exercise: we put the names and medical conditions of our collective children in a bag. Each mother then drew a name in order to see herself in the other’s situation.  We – unanimously – wanted “our” child back.

After my son with Downs survived open-heart surgery we adopted a girl with Downs and they have been together ever since. Some of my children are not our biological children, but rather the children of our hearts.